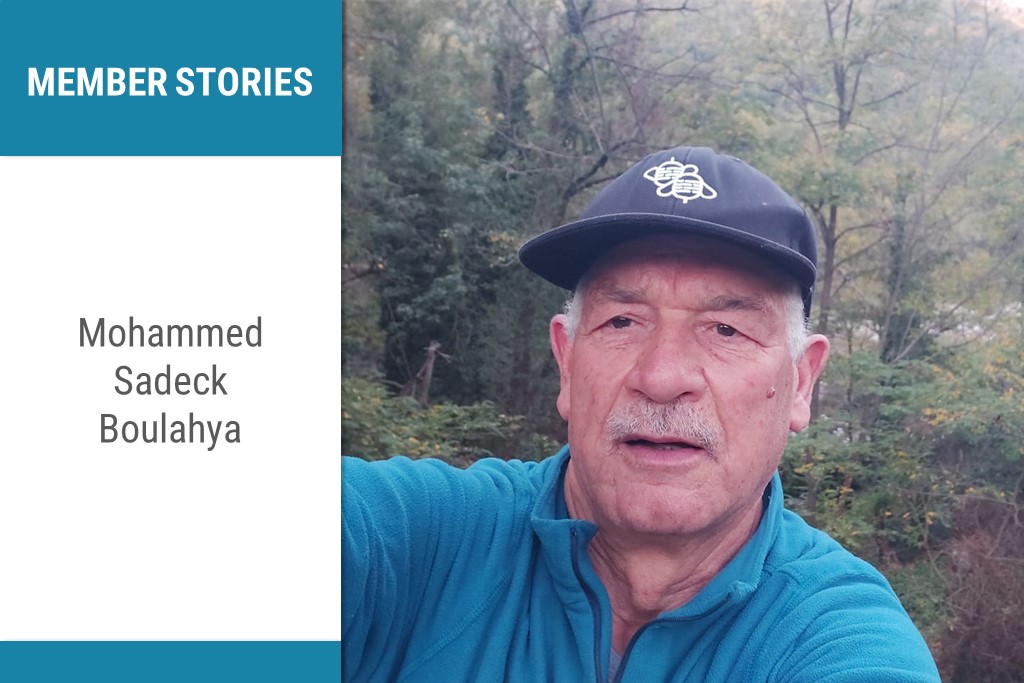 Catalyst 2030 member Mohammed Sadeck Boulahya of ClimDevAfrica believes that the only way to contribute in a world affected by an erratic climate, is to learn from the adaptation measures of local communities in the Global South. “The role that Catalyst partners – governments, agencies and the private sector – can play”, advocates Mohammed, “is to leverage resources, together with advances in science and technology, to scale and distribute these local solutions for widespread impact”.

A community-led, bottom-up approach to development has been intrinsic to Mohammed’s decades-long work as one of Africa’s leading meteorologists and a respected thought leader in climate change, weather and water.

It is an approach that has had a significant influence on the work of Catalyst’s own, Kristine Pearson, Head of LESA Communications and Lifeline Energy. She attributes her own community-based approach as a social entrepreneur in the energy sector to Mohammed, explaining, “When I made the transition from corporate to humanitarian work in the late 1990’s, I met Mohammed in Niamey, Niger when he was Africa’s Chief Meteorologist. He became my mentor and taught me that just because people might be poor, it had nothing to do with capability or intelligence,” Kristine states, “Mohammed insisted that it was from communities that the most effective and appropriate solutions arose. From the outset, I followed his advice to collaborate with communities in my work in radio for development”.

Growing up in Algeria

Mohammed was born and raised in a farming family in rural Algeria. After completing his elementary education at Bel Air / Setif on the Western Wheatlands, he moved to Algiers for further education. This period coincided with the height of the National Freedom Movement’s fight to regain Algerian independence. For Mohammed it was the start of his commitment to the Algerian freedom struggle and to his abiding support for the empowerment of local communities and the freedom struggles of people in Africa and beyond.

It is a period when his appreciation of, and passion for, the enabling and transformative power of communication in local languages was also awakened. “During my college years my father, Said Ben Touhami and elder brother Ali Ben Said, constantly involved me in translating the messages between freedom fighters from French to Arabic as I was the only one who could read and write in my family”, Mohammed remembers.

His experience during the liberation war, an MSc in Hydro-Meteorology Sciences from Algiers University & IHFR/WMO in 1972, and his observation of a newly independent nation trying to create an idealised, just social and economic order while dealing with challenges and responsibilities, all contributed to his understanding of the status of the world’s natural resources. And he became increasingly concerned about the social and environmental legacy that his generation was leaving future ones.

Describing the trajectory of his career, Mohammed says, “My priority concerns were free and accessible education for all and water mobilisation, irrigation efficiency for agriculture and the regeneration of natural ecosystems. And I decided that my focus should be on developing appropriate and effective capacity building programmes that could be shared in Algeria and the whole of Africa.”

Since 1973 he has been based in Africa and Middle East and North Africa (MENA), working as an independent consultant and adviser in capacity building for climate risk management in those two regions as well as the Caribbean and Pacific (ACP); and building national capacity in weather, water and climate services.

Mohammed has spent more than 40 years working to use information to equip vulnerable communities with tools to build resilience. He pioneered the creation and strengthening of national and regional hydrometeorological institutions and services in Africa, focusing on agriculture production, water resources management, disaster risk reduction, health protection and energy efficiency.

Mohammed was the founder and First Director General of the African Centre of Meteorological Applications for Development (ACMAD), providing a meteorological watch and early warning system over Africa and promoting the training of African scientists and technicians in using meteorology for development. In addition he helped form the African Development Bank (AfDB) Strategy in Climate Risk Management and Adaptation in 2007, the ClimDevAfrica Special Fund in 2011.

On living with environmental degradation and climate destabilisation, Mohammed reflects, “We have not done things particularly well to address the challenges, or used resources wisely. Even if we stop sending greenhouse gasses into the atmosphere, what we’ve done in the last 30 years is going to affect us in the next 50 years. So let’s do what we can in order to be able to live better.”

He outlines the two critical approaches that are necessary to survive and thrive in the future. “One is mitigation on a global level. How do we organise school development, for example, so that we are taught not to harm natural resources and the environment? This needs to be a global approach in tandem with organisations like the UN Climate Change Learning Partnership (UNCC). The other is adaption at the local level, following local processes. We need to work out what we can do at community levels to use our natural resources in a more efficient, beneficial way to be able to live better.”

“This is where I want to be involved. Our work should be aimed at improving the lives of all communities. Simply put, surely this is the objective of all SDGs?,” Mohammed states.

Reflecting on global interconnectedness, Mohammed mentions how pollution from a small factory in America might impact on environmental systems in Australia, China and Africa for example. “On a positive note, science and technology have developed significantly. Climate Science, although it’s not perfect, can predict climate patterns, helping us to prepare for events. And we can now access and share these global climate predictions because of advances in technology. Small communities distribute this information in local languages and educate communities to adapt”.

“We must collaborate and harness these advances for the benefit of all.”

Demonstrating the benefit of harnessing technology and science in collaboration, Mohammed describes the innovative Index Insurance, which he was involved in establishing. Working with local farmers in Malawi and insurers, and using climate science, this social innovation mitigates the impact of losses due to weather disasters in the agricultural sector. Farmers sign up for insurance as a community and are paid out benefits for losses based on a predetermined index. Loss assessments are based on a group rather than individual basis. While weather predictions help prepare for crises, the volumes insured and group assessments contribute to more affordable, accessible insurance for local agricultural communities.

“Let’s mainstream climate risk and opportunities-management and get this into our education systems so that risk management becomes a culture and communities are better prepared for the future.” This is Mohammed’s appeal to the global Catalyst 2030 network and all those working to improve lives.