My year of Catalyst 2030 – the global movement of social entrepreneurs 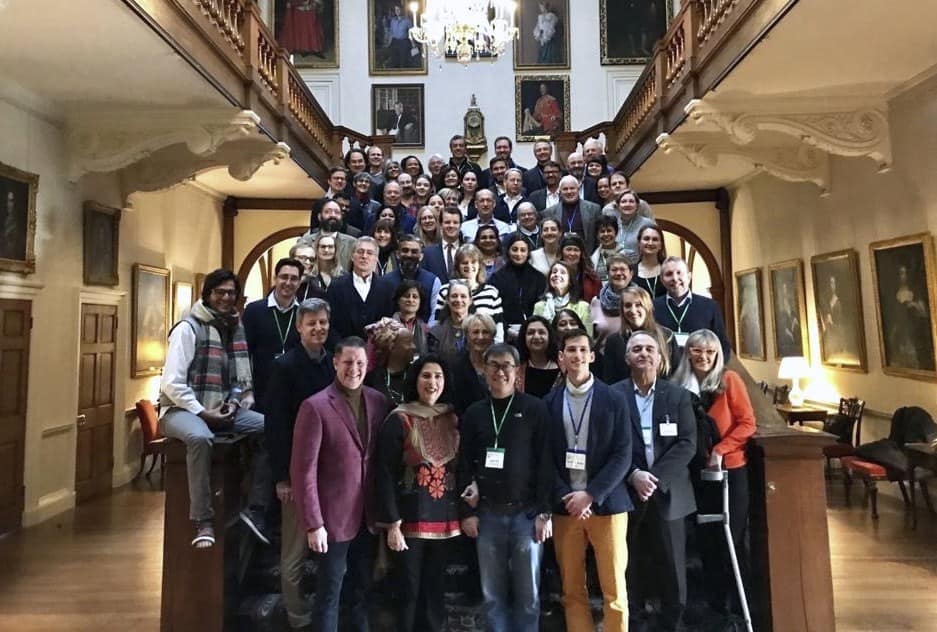 In April 2019, I sceptically added my name to a collective of social entrepreneurs on a WhatsApp group that was chatting about collaborating in scale. The discussions focused on creating a volunteer social movement to accelerate the delivery of the UN’s 17 Sustainable Development Goals (SDGs) using transformative systems change approaches.

I knew most of the people, as they were part of Schwab Foundation network of social entrepreneurs of the World Economic Forum to which I belong. Others were from the other three main social entrepreneur fellowship organisations – Ashoka, Echoing Green and the Skoll Foundation.

July 8, 2019 was our first Zoom call. I’m reminded by the group’s de facto founder, Jeroo Billimoria, that I voiced (with a smile) something like, “This isn’t likely to work and I’m on the call because of FOMO!” For nearly 20 years I’d been with social entrepreneurs who had accomplished incredible results righting injustice and inequity, but I’d witnessed scant genuine collaboration. To the contrary, I considered social entrepreneurs to be acutely competitive – for funding, for recognition, for success – and often accompanied by highly developed egos.

My personal experience at conferences and in conversations with fellow social entrepreneurs, mostly men, who believed their approach, their structure, their opinion was the way. As a matter of fact, the entire “socent” ecosystem is one of competition not collaboration. I thought, what if we could collaborate and not work in silos? What if we could channel our energies in the same direction? What if we could use our collective networks to convince global leaders, major funders and government decision makers to adopt to collaborative systems change approaches?

Zoom discussions took shape and form and I continued to join the calls from Kenya, South Sudan, Sierra Leone, or wherever my real job had taken me. I loved the start-up atmosphere, being a part of a new team, trying to figure things out and the originality that often arises. From the outset, I was involved in naming, branding and communications for the movement which soon became known as Catalyst 2030 (C2030).

The consulting firm McKinsey & Company came on board pro-bono to help create a comprehensive report, called Embracing Complexity, which explored getting better at funding and supporting systems change. It, along with Catalyst 2030, was launched at the World Economic Forum in Davos in January 2020.

In February, 80 social entrepreneurs and other social innovators convened for three days at the Althorp Estate in the UK thanks to the generosity of social entrepreneur Karen Spencer and her husband, Charles. The McKinsey consultants tasked us with a set of rigid deliverables. Members hammered away at these in a series of group conversations, in hallways and over meals. By the time our taxis arrived, we had come up with C2030’s mission, vision, an operational framework and roadmap forward. This included the formation of eight working groups such as governance, impact, collaboration and communications (which I co-chair) and task teams to explore specific issues like values. But more than that, I walked off (hobbled off since I was on crutches) with the feeling that I had been a part of something uniquely special, even historic.

Within a month of the meeting, we were all speaking the lexicon of COVID-19 and our interactions were Zoomed. In response, a COVID-19 working group had self-organised. The Skoll World Forum pivoted to an online conference and C2030 hosted seven well-attended virtual sessions relating to systems change and to SDG issues.  This led Catalyst to hosting a series of online collaborations, roundtable discussions and fireside chats featuring our growing membership. These sessions addressed various aspects of the SDGs and showcased social entrepreneurs’ grassroots responses to COVID-19 around the world.  Dozens of recorded conversations can be found on the Catalyst website.

Recently, we released a report Getting from crises to systems change: Advice for leaders in the time of COVID. The culmination of three months of work with input from members and hundreds of webinar session participants, this seminal work makes recommendations for catalysing the systems transformations needed to achieve the SDGs while navigating complexities that COVID has introduced. Launched on 8 July with an online fireside chat with UN Deputy Secretary General, Amina J Mohammed, it was also the first anniversary of the Zoom call that I joined for little other reason than fear of missing out.

In addition, there are biweekly meetings of working groups chairs where decisions impacting the alliance are discussed and made, general assemblies where the entire membership meets and on-boarding welcoming sessions where people are invited to join the working groups and task teams. Meeting minutes and all documentation are shared either on Google or on the networking platform, Zoho Connect, for transparency.

If someone had peered into the future and told me what would have taken place in just one year, I would have rolled my eyes. I’m glad, no, proud to say, I was wrong. I have repeatedly seen high achieving individuals put aside their own agendas and egos to collaborate on a challenge, a structure, or an issue with integrity while generously giving of their time and ideas.

Have there been challenges? Absolutely. Egos and tempers have flared, impassioned disagreements have arisen and a few members have inserted their own agendas in front of Catalyst 2030. Working with accomplished and passionate people with strong personalities, it’s not unexpected. No one suggested that transformation would be easy and the work begins with ourselves.

How has so much progress been achieved in a year? Although she would hate for me to say this, it distils down to the confident, intelligent, inclusive and collaborative leadership style of Jeroo. She listens deeply, goes out of her way to make people feel valued and inspires confidence and trust. A transformational leader for a transformational organisation, I’m looking forward to working with Jeroo and many other Catalyst 2030 members to help bring about the deep systemic changes needed to co-create a more just and equitable world over the next few years.

If you’re a social innovator and are interested in joining Catalyst 2030, you can learn more here or contact info@catalyst2030.net.